Time to shine, Alexa. Getting the UK through Isolation 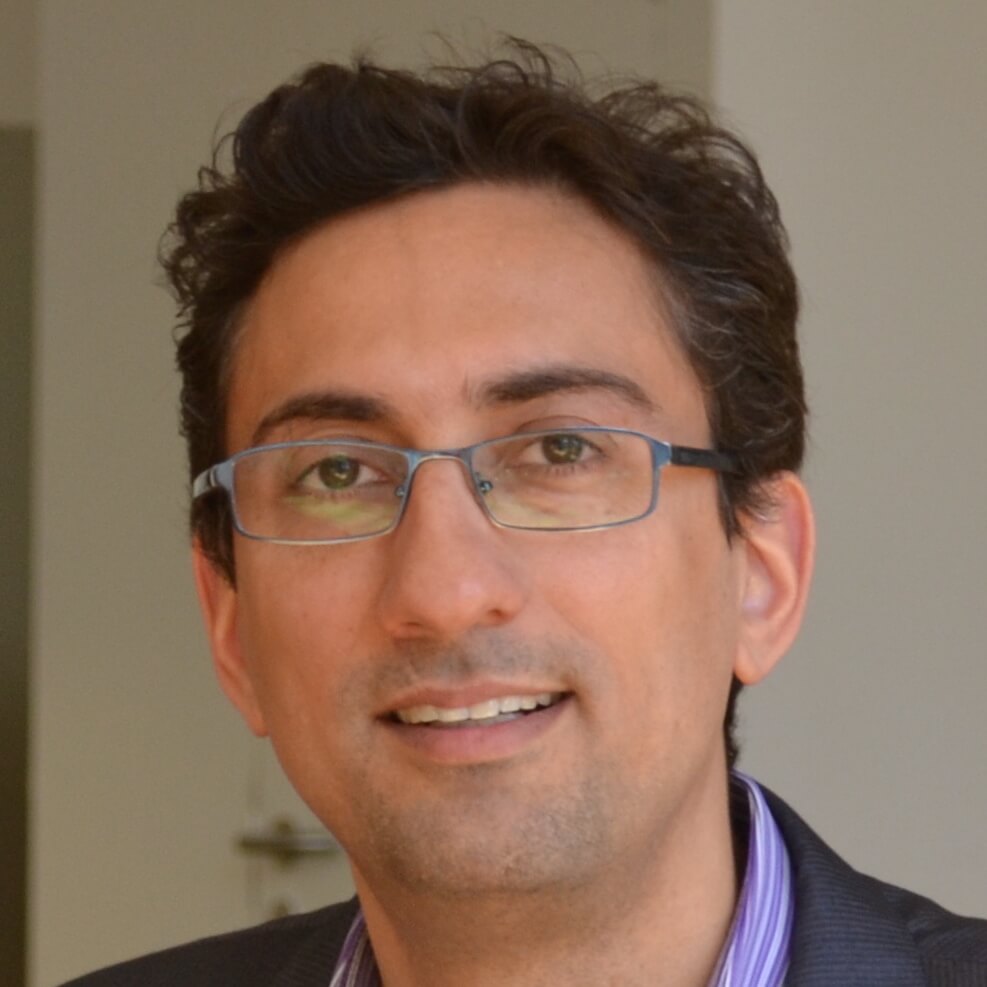 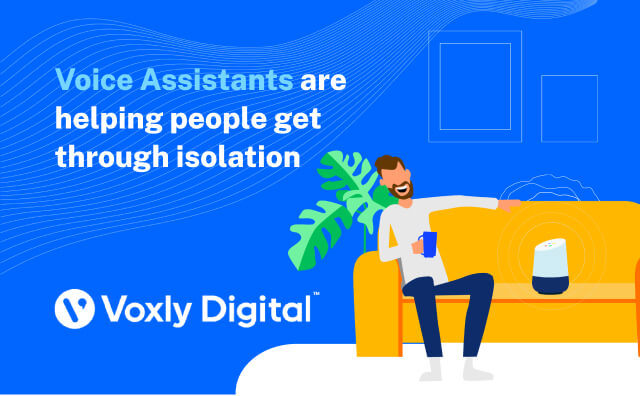 Investigating the impact of Coronavirus on UK voice usage.

The current COVID-19 crisis is having significant and disruptive impacts across the globe. Businesses are being forced to adapt at a rapid rate to new ways of working and overnight our lives have become more virtual, but also more connected.  More than ever before, people are looking to the internet to get them through this tough time; to entertain them; to supply them; to support them; to keep them fit and to act as a window to the wider world. It’s no wonder that TikTok usership has exploded, Nintendo Switches keep selling out within minutes and internet shopping has boomed.
‍

At Voxly Digital, we’ve been seeing traffic to our voice-apps rising dramatically since the UK went into shut down. With a quarter of all UK households owning a smart-speaker and so many of us spending more time at home, we wanted to find out if this trend reflected a wider shift amongst voice-users. Is usership increasing among both novice and pro users, and for what purposes? How is the role and dependency on voice-assistants changing during this period of isolation? And will this have a long-lasting impact once we can all step out of our homes again?
‍

We investigated some of these questions in our latest Voxly Insights survey (Time to Shine Alexa, April 2020) and discovered that across the board, voice usage has increased significantly since isolation began. With more time on their hands, infrequent users in particular are engaging more with the capabilities of their voice-assistants; gaining confidence and discovering more voice-apps.
‍

Voice-assistants appear to be forming an important part of people’s coping toolbox whilst stuck at home. Users are turning to Alexa and Google Assistant for entertainment, emotional & physical health and educational help. Indeed, 3 in 5 users agreed that their voice-assistant is helping them get through isolation. As Alexa and Google Assistant continue to prove value in homes, our results suggest that permanent habits are being formed. In fact, 40% of users predicted they will use voice more once the crisis is over than they did before. It looks like once we can all leave the house again, voice-users will emerge more confident, more engaged and as bigger fans of their voice-assistants than before.
‍

Read on for the detailed results.
‍

Alexa and Google Assistant are becoming stars of the daily show...

Over half are using their voice-assistants more frequently than before Coronavirus hit; with over 20% using them twice or more than twice as much as before. This is a notable rise across the board and equates to overall average usage shifting from once a week to several times a week. In addition, those who used voice weekly pre-COVID-19 also reported increased usage. On average, weekly users are now using their voice-assistants at least daily if not more. Daily users increased from 12% pre-lockdown to 19% of the group, and several-times-a-day users make up 22% of respondents during COVID-19, a rise from 14% pre-Coronavirus.

Use of third-party voice apps (Alexa Skills & Google Actions) has also risen in line with general usage, with almost half of respondents claiming they are using voice-apps more often than they did before COVID-19.

This increased usage appears to be coming primarily from the use of smart-speakers; with half of respondents using their smart-speakers more regularly. Conversely only a quarter of users reported using voice more on their mobiles during this time.
‍

The cohort reporting the biggest jump in frequency of use was those who were relatively infrequent users of voice before Coronavirus hit. The extra time at home appears to have prompted irregular users to try out and explore the capabilities of their voice-assistants . Over half claim that they are “more confident” using their voice-assistants now than before isolation began, suggesting that isolation is helping to convert light-touch users into more permanent engaged users.
‍

“Hey Google, play me the news, teach me something and lets play a game”

Whilst general usage of voice and third-party voice-apps has increased during isolation, certain categories have seen more growth than others.

Generally, people are asking questions of Alexa and Google Assistant more regularly; with average frequency jumping from several times a week to almost daily. Unsurprisingly, users are also listening to the news more often via Alexa and Google Assistant. And streaming of audio, such as radio, music, podcasts and stories has jumped; with average usage jumping from once a week to almost daily (63%).

Home schooling appears to have prompted a rise in users leveraging voice for educational and learning purposes. 64% of users are looking to their voice-assistants for this at least weekly; a big jump from the Pre-COVID-19 average of just above once a month.

Finally, games and trivia voice apps are also increasing in popularity. The proportion of daily users jumped from 22% to 39% and average usage is now up from once a week to several times a week. This behaviour is in line with wider consumer trends indicating that people are turning to technology to entertain them during bored periods stuck inside.

3 out of 5 voice-users agree that their voice-assistant is helping them get through isolation.

In fact, half of all respondents agreed that their voice-assistant was helping them to stay fit and healthy whilst 3 out of 5 admitted that Alexa and Google Assistant is helping to keep them calm and positive in these turbulent times. This finding should not be underestimated. It appears that voice-assistants are beginning to play an emotional support role in users’ lives during lockdown. No surprise then, that over half of respondents also agreed that Alexa and Google Assistant has become more part of the family since isolation began.

“Did you know it did this…”

These positive opinions about Alexa and Google Assistant appear to be a result of voice users committing more time engaging with and exploring the voice eco-system. Since having more time in isolation, 2 in 3 users have discovered new things to do with their voice-assistant recently

Indeed, it looks like people are diving into the world of voice-apps more. Almost 40% reported spending more time looking for new voice-apps since being in isolation and over 30% have discovered new ones to try. This behaviour is particularly marked amongst previously irregular users, who are now gaining confidence as they explore and discover their voice-assistants’ capabilities.

Results also suggest that “look what my voice-assistant can do” has also become more of a conversation topic of late than ever before. Half of respondents have told friends or family about new things their voice-assistants can do recently; and the same number have been told themselves - suggesting voice-assistants and their capabilities are being discussed more widely. This peer-to-peer education may explain why 40% now consider their voice-assistant more useful than they did before isolation.

Strong Foundations are Being Laid for the Future

More than half of users reported that they feel “more confident” using their voice-assistant now than before the Coronavirus crisis hit. These results strongly suggest that this lockdown period has afforded time to explore; helping particularly to convert light-touch users into more permanent and engaged users.

No wonder then that 40% reported that once the crisis is over, they plan to continue to use their voice-assistant more than they did before lockdown began. The same optimism was reported when it came to voice-apps too.

These results suggest there is much to be optimistic about for voice-developers and brands. The observable increased levels of discovery, engagement and resulting confidence amongst voice users all appear to be laying a positive and optimistic foundation, which can be built on in the future.

Interested to find out more? Sign up for our webinar later this month or get in touch with the team to talk about your plans for voice at freshthinking@voxlydigital.com

The survey was conducted online during the COVID-19 lock-down in March 2020 and was completed by 400 UK adults aged 18 or older that were demographically representative of the UK population as a whole. Respondents were screened based on their responses to ‘Do you use a voice-assistant (e.g. Amazon Alexa, Google Assistant)?’. Figures have not been adjusted and are shown directly from findings.
‍

Breakdown of respondents by device usage:

Stuff changes fast! Over the last 12-24 months NFTs, the Metaverse, Discord, (and crazy Blockchain) continue to make headlines and generate actual consumer interest. What’s our role in all this?

Well … we believe Conversational AI is the most human tech ever invented, and that it will play a pivotal role in relationships between people and the digital world. Our mission is to combine Conversational AI with the latest Digital & Synthetic Media to bring never before seen Conversational Experiences to life.

We started out primarily as a Voice Agency, and continue to do lots of work on Alexa and Google Assistant. For example, we run the world’s largest Voice Marketing platform for our retained client Send Me a Sample (check them out people …), plus we have done projects for Joe Wicks (The Body Coach), Acamar Bing, The National Hockey League via Rogers Communications, Spider Man Into the Spider-Verse, the NHS, O2, Penguin Random House, Unilever, Coty, Diageo, Yoplait, Vitality Insurance and loads of other mega brands. 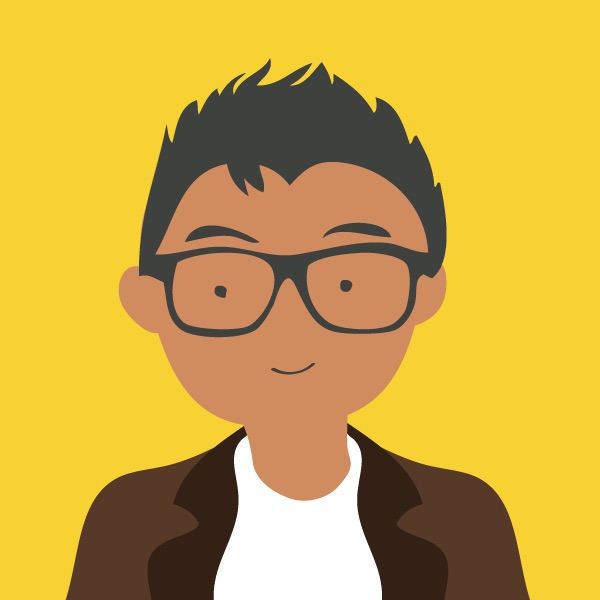